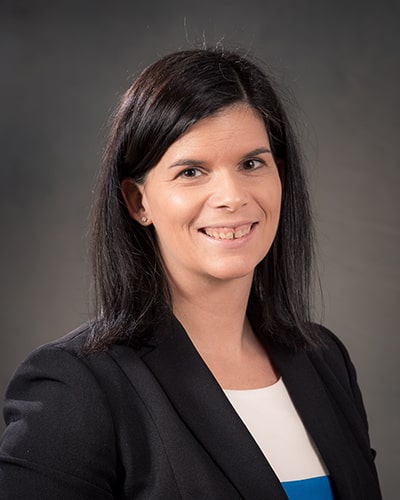 Casey Ryan Coburn is a passionate and experienced trial attorney. Her practice is dedicated to zealously representing victims of asbestos-related diseases and their families with compassion and integrity.  As senior trial attorney at NASS CANCELLIERE, she has represented countless plaintiffs in personal injury claims and asbestos litigation.  Ms. Coburn is involved in every aspect of a client’s case and devotes much of her time to getting to know her clients and their families.   Since joining the firm, she has won several multi-million dollar jury verdicts for asbestos victims.As lead trial counsel, Ms. Coburn has repeatedly secured the highest annual asbestos jury verdicts in Pennsylvania.  She was co-counsel for the largest asbestos lung cancer verdict in Pennsylvania, with a jury award of $6.4 million to the clients. Ms. Coburn was also lead trial counsel in March 2017 when a plaintiff’s verdict was secured for a client diagnosed with Larynx Cancer–– a relatively rare verdict in Pennsylvania for asbestos-related cancers other than mesothelioma.

In addition to her trial experience, Ms. Coburn has represented plaintiffs in arbitration hearings and social security disability hearings before the Administrative Law Judge.  She presently serves as an Arbitrator for the Philadelphia Court of Common Pleas Compulsory Arbitration Program.

Ms. Coburn received her juris doctorate from Temple University Beasley School of Law where she earned recognition for Excellence in Trial Advocacy and Outstanding Oral Advocacy.  Prior to joining NASS CANCELLIERE in 2010, Ms. Coburn was an Assistant Defender at the Defender Association of Philadelphia where she represented thousands of clients at trial in felony and misdemeanor criminal cases before the Philadelphia Court of Common Pleas and Municipal Court. She gained invaluable experience as a litigator and has tried to verdict hundreds of cases in her career.  At the Defender Association, Ms. Coburn was also a rotating supervisor of the Felony-Waiver Unit.

While an undergraduate at the Pennsylvania State University, Ms. Coburn was an intern in the United State Senate for Senator Arlen Spector of the Commonwealth of Pennsylvania, served as vice-president of the Mock Trial Team and as a Justice on the Undergraduate Student Government Supreme Court.

Ms. Coburn was raised in Bucks County, Pennsylvania and currently lives in Delaware County with her husband and two young daughters.